Quin was living in Europe when he first discovered the power of selling online.

While working at Daimler Chrysler he walked outside to look at some stores and found wooden hand carved statues that looked like they could sell for more, but people would not find them at that physical location.

He then thought he could bring a camera from home the next day and take pictures to try to sell them on eBay even without owning them.

The reason for bringing a camera was because back then cell phones didn’t have cameras yet, or at least cameras with good quality.

He took the camera to work the next day and after taking lots of pictures he went home and uploaded them to the computer and then to eBay, where he created the listings to start “Dropshipping ” these items.

The term Dropshipping may not have even existed back then, so he just called it “Selling The Picture” because the only thing he had was the picture.

After these wooden handmade statues started to sell on eBay, he found a big issue… Each one of the statues was unique, and if someone bought one at the store, he would not have it to dropship.

Also, eBay wasn’t built for dropshipping at first, so they didn’t have software that would automatically calculate shipping fees, and He would have to get the real shipping costs from the post office itself and only in person. 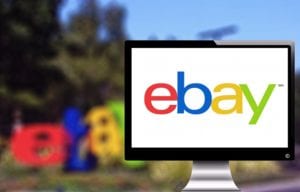 Now, many years later Quin Amorim creates private label products and sells on Amazon with fulfillment by Amazon, Shopify self-fulfilled and on some shelves.

He also has a marketing agency, since he created the $57 Facebook advertising campaign that attracted 34 million visitors and generated $118K in sales in less than 5 days. Now he has his own agency where he manages and creates online advertising campaigns for other businesses.

That is all for today.

I am Allison and I transcribed this for Quin

Staying Away From Best Selling And Low BSR Products #119
Should We Be The Ferrari of Cabinets or IKEA? | E.p #121

This is “Pages” Sidebar